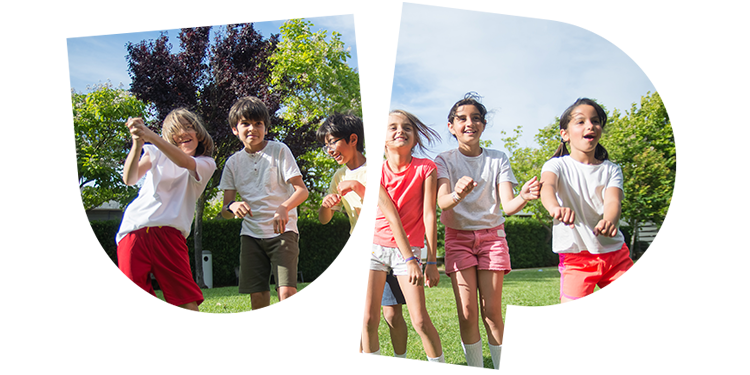 We know that you get that better than most, and we are honored to serve alongside you in the Kingdom. In this last article of our three-part series, we will imagine playing parachute with Jesus, going for long walks with Him, and what it might look like to take the posture of childlike faith we were never meant to outgrow.

In order to center on Jesus, we are invited to center on the ones upon whom He centered his ministry, His life, His Kingdom. That’s right: center the ones, not the things He did for the ones, or that we do for ours. Research tells us that, as children’s ministry leaders, 90% of your time is spend on administrative tasks, and the ones can feel like “things” instead of people. For me, sometimes a week can feel like playing parachute, trying to keep all the bouncing balls–those things that compete for my attention–at the center, and from falling off.

Then I imagine Jesus on the other side of that parachute, bearing the weight of it, helping me lift it and gather momentum. And I just have to wonder: if I truly believed he was holding it up, would I hold so tightly to the things I’m juggling to keep in the air?

So I drop the parachute. The balls fall. And Jesus walks to the center of the parachute. He picks up all the balls that have dropped and holds them, because He has centered on me even when I had centered on what I was doing for Him. This isn’t about priorities. This is about posture. I take His hand, I fix my eyes on Him, and we start walking. I ask Him about each of those things He’s carrying: my schedule, my lists, my deliverables, my kids, my spouse, my job, my church, my goal, my hopes, my dreams… and I realize in that moment what I so easily forget: He has a plan and He loves me. And He loves each of the people I love even more than I do. He holds each of those items with a tenderness and affection that allows me to see it on every side, in a way that I couldn’t while they were bouncing on that parachute.

In my effort to keep everything bouncing, my focus was disrupted, and interrupted. I couldn’t see Him clearly because of what danced on the parachute between us. But there, in His hands, I could make sense of each item, bring order to it all, and get his perspective. It’s not that a Jesus-centered leader doesn’t have lists and responsibilities and stuff to do with deadlines attached; rather, a Jesus-centered leader understands to whom they belong and how to follow His lead. It requires discipline and obedience, and it’s amazing how much the way we carry ourselves and our stuff shifts after we have seen it all in His hands.

A life of obedience is spectacularly curious and flies in the face of social norms. It is a long walk in the same direction, as Eugene Peterson says. It is refracted light. It is flavor. It is love. It is Jesus. Period.

Get instant access to an abundance of bible based resources from the world's most trusted kids ministries.

Find out how RaiseUp can transform your children's and youth ministry Risk free.