A Walk to Remember

Friend, we know you well enough to let you know that the seeds you are scattering are love, joy, peace, patience, kindness, faithfulness, imagination, unity, grace... Come on a walk with me along Scottish Borders as we consider what it means to pay attention to the ground beneath our feet as we till the soil. 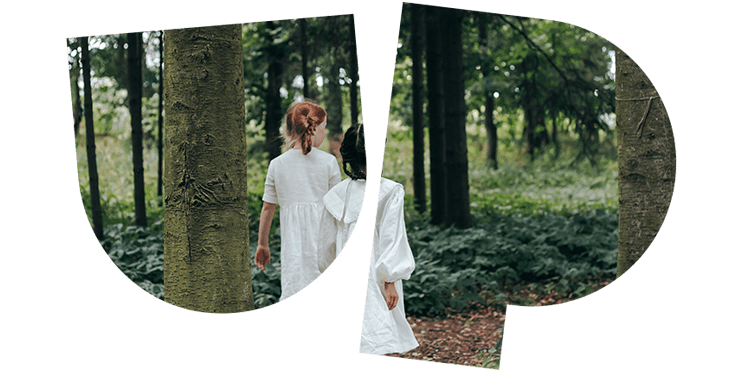 And you would think that, with so little ground covered over 5 days, the ground would not change much. I mean, there were hills, there were rivers to cross, there were footpaths and wide-open spaces. But if you think about the radius around you, how much does the ground itself change mile by mile?

We set out on St. Cuthbert’s Way, moving between Scotland and England, and as far as the eye could see, we were destined to simply frolic through rolling hills of sheep and grass. The hillsides were polka-dotted with life: lambs, cows, and the occasional pheasant that would take flight.

It was a neatly stitched quilt of patchwork squares, some browns, many greens, and perfectly measured grey stone seams running between them. But as we passed from one patch to the next, our footing would change; the pace we could keep, and how closely we had to watch our step would shift.

An etched out trough wide enough for only one foot in front of the other would give way to an emerald green swath across which we would walk side by side. Across a sheep gate and into the next, we would have to mind barbed wire and thistles on either side. What looked like rough terrain turned out to be an auburn pillow of mossy memory foam upon which we all collapsed for a break and a glimpse back down the hill.

From far away, the brown patches reminded us that it is autumn. Seasons are turning. Life is drawing in and giving way to a winter’s nap. The green, well, so many shades I’d never seen prior to Scotland. Not every living thing pays attention to the seasons like those who lose leaves and sleep.

The thing about the ground we covered is that none of it was as it seemed until we were upon it. And the narrow paths that could send us only one way, toward our next trail marker, were some of the trickiest: wet and well-trodden, they became slippery and required us to go slow and stick together. Even though there was no confusion that we were going the right way, we needed each other to stay the course, to hold back branches, to warn of pitfalls and puddles, to encourage one another after a slip or a fall.

Some of it, I could break free and run on! It was smooth and flat and easy. Some was walled on either side by soft, long yellow grass that felt like silk in my hands as they brushed over the gentle guardrails. Some was so rocky that we had to use both hands and feet to cross.

It was beautiful, and difficult, and emotional, and surprising.

At a distance, the view of where you’re going can be many things: beautiful, difficult, emotional. And while the map can tell you so much about the journey, it is also surprising.

As you navigate this season of ministry, whether it is a time of growth and running on open roads, or a tricky tap-dance of mud and loose stones beneath your feet, consider these questions as you take your next step, or the ground shifts in unexpected ways:

1. Not all ground is fertile.

Even the ground that is growing stuff isn’t necessarily where you want to plant. What is it that you want to grow? What is needed to sustain life?

At one point we were under the shelter of glorious evergreen trees only to find that the ground we were navigating was littered with traps. Even if it’s the ground you choose, there may be some work to do to prepare the soil.

2. Not all ground is ground.

And what if the life on the other side of that wall was for you, not meant to harm you, not scary, not worse, not wrong? What if there is a gate? What if you could climb? What if the wall is an opportunity not an obstacle?

Wildflowers seem to understand this: just when you think you’ve contained them, they spring up wherever they’re able, because wildflowers rarely know to stay in rows. They dance among the other plants without reserve, they attract life and delight and busyness to the yard. Even if it means pushing through a wall to do so. Be a Wildflower.

3. Watch your step and mind the thistles.

“Listen then to what the parable of the sower means: 19 When anyone hears the message about the kingdom and does not understand it, the evil one comes and snatches away what was sown in their heart. This is the seed sown along the path. 20 The seed falling on rocky ground refers to someone who hears the word and at once receives it with joy. 21 But since they have no root, they last only a short time. When trouble or persecution comes because of the word, they quickly fall away. 22 The seed falling among the thorns refers to someone who hears the word, but the worries of this life and the deceitfulness of wealth choke the word, making it unfruitful. 23 But the seed falling on good soil refers to someone who hears the word and understands it. This is the one who produces a crop, yielding a hundred, sixty or thirty times what was sown.” Matthew 13:18-23

Yet, you are not just a sower of seeds. You are not just tilling the soil and working the ground. You too are a wildflower. You were made to grow and flourish. This is your best evidence to the kids and families you love and serve that fruit grows where its branch is firmly held by The Source.

Get instant access to an abundance of bible based resources from the world's most trusted kids ministries.

Find out how RaiseUp can transform your children's and youth ministry Risk free.